Intuitive eating for diabetes- 2 reasons you need to try it

With type 2 diabetes, the pancreas is still making insulin. However, the receptor cells don’t know how to use it. We call this insulin resistance. This happens when the insulin and the cells can’t communicate. When this happens, insulin just can’t be utilized. And this causes the pancreas to produce more and more insulin as it tries to communicate with receptor cells. A great visual for this is to imagine trying to talk with someone but your message isn’t getting across. You are screaming louder and louder, hoping they’ll hear you–except it’s all in vain because the other person just doesn’t speak your language.

What happens next is the beta cells in the pancreas eventually stop producing enough or any insulin on its own. This can start to look like type 1 diabetes. In the beginning of a diagnosis, many of the medications that are prescribed are designed to improve communication. Once the pancreas stops producing enough insulin, someone with type 2 diabetes may need to take insulin.

You can have elevated insulin and not have diabetes

Diabetes isn’t the only reason your insulin may come back elevated. Sometimes, elevated insulin is fleeting. This can happen if you’re under enormous stress or you’re having a sensitivity to something.

Reason 1 to try intuitive eating for diabetes: less stressing over carbs and sugar

Clients with diabetes really stress about carbs and sugar. They’ve either read or been told that the best way to manage their blood sugar levels is to limit or restrict these types of foods. This mindset happens really easily because insulin dosages do get based off of the number of carbs you’re eating.

But, when you have the mindset that you have to restrict carbs, it’s inevitable that you’ll become really rigid with your eating. As you fall into a pattern of restricting carbs (thinking it will help manage blood sugar), you end up with strong cravings. Ultimately, bingeing happens, and you eat much more than you need. This sends blood glucose levels sky high, and your body just can’t respond to the situation as quickly with diabetes. In these instances, it’s very common to feel disconnected and out of control with insulin dosing and food. That makes the cycle of restricting and bingeing harder and harder to step out of.

What I want you to know is: even if you have diabetes, you still should have carbohydrates. Your body’s need for its preferred energy source doesn’t just disappear because you have a diabetes diagnosis. Restricting carbs means your cells don’t get the sugar they need. Your cells continue to send signals to your brain to eat carbs because your body thinks you need sugar–fast. This is a biological mechanism, and it’s so strong that you’ll end up giving into your craving. It’s not your fault or a lack of willpower. It’s your body’s way to try to stay alive.

But because of insulin resistance, your cells still don’t know there’s sugar in your bloodstream–even after you binged on carbs. Your cells still think you’re starving and the carb cravings just continue. As this goes on, your insulin dosing gets more complicated and your diabetes harder to manage. When you give yourself permission to eat carbs, you avoid the restrict-binge cycle. By not bingeing, you can actually better manage your blood sugar and insulin dosing.

We are all so used to being told we need to lose weight, and also to telling it to ourselves. Due to the culture of dieting, it’s become part of our inner dialogue daily or multiple times a day. There’s a lot of fear in our society about food, and embracing intuitive eating–especially with diabetes–can be hard. Many people hear the myth that the number on the scale is the sole cause for their diabetes. As a result, they hold onto a belief that weight-loss is the only key to managing it. They go on strict diets, which just don’t work. Maybe some weight is lost, but then it’s gained back in the binge part of the cycle. Instead of staying more consistent, weight goes up and down in short periods of time.

Correlation means that there’s a relationship. As a whole, there’s a relationship between diabetes and larger-sized bodies. But that’s not the same thing as causation. Just because you manage to lose weight, doesn’t mean your diabetes will disappear. Diabetes can be caused by a number of factors, like genetics, and diabetes is diagnosed in all sizes of bodies. Weight loss isn’t necessarily the answer you’ve been told it is.

Weight-cycling puts your body under a ton of stress. Physiologically, you experience changes in your blood sugar, lipids, cortisol levels, sex hormones, hunger hormones, and so much more. Some research has shown that weight-cycling actually increases insulin resistance, which people with diabetes are already dealing with. When you eat intuitively, it helps you stop the yo-yo dieting and extreme weight fluctuations. This is good for diabetes but also really important to your overall health too.

When you receive a diagnosis and one of the lifestyle changes you’re told that can help manage your condition has to do with food, a lot of fears and restriction can take hold and become unhealthy. That’s ultimately not good for your mental health or your diabetes. What I learned as a diabetes educator and dietitian, is that, no matter what type of diabetes a client has, it’s usually possible to leave the condition out of healing their relationship with food whenever possible. Unless a true allergy exists, removing entire groups of foods just isn’t necessary. If you’d like to learn more about intuitive eating, even with diabetes, I invite you to join my Facebook group, Ditching Diets Together. It’s a great, free community with live trainings and lots of support. 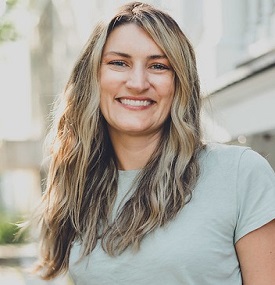 Wendie Taylor, RDN, LD, MBA
Wendie Taylor is a food relationship coach and emotional eating expert. She is the founder of her signature program, Finding Food Freedom, and is passionate about helping women give up chronic dieting and food obsessions, so they can cultivate a healthy relationship with their bodies and food. Wendie believes that community, relationships with others, and our relationship with ourselves rise above number-counting and unrealistic expectations around food, eating, or body image. She believes we all deserve to respect the body that we are in and we have the right to eat and enjoy all foods. It is her mission to help women break free from limited beliefs that are holding them back from who they are created to be!

If you are interested in dipping your toes into Intuitive Eating and want to learn more about how to find food freedom, check out Finding Food Freedom here.