Hot yoga and hormones: yes or no?

Give me your gut reaction to these words: hot yoga. Students usually either love or hate it. But no matter how you feel about it, you should know there are pros and cons to grabbing a towel and unrolling your mat in a heated studio. And the truth is: not everyone should be doing it. In seven years as an instructor, I’ve found hot yoga to be contraindicated in more situations than people realize.

How hot yoga got its start

In India in the 1970s, Bikram Choudhury noticed a lot of his yoga students spent time in saunas and raved about how it made them feel. He started to warm up his yoga classes to about 80 degrees Fahrenheit. After seeing his students’ response to the hot environment, he inched the heat higher.

In the 1980s, Bikram brought his method to California, where it rose to popularity in Hollywood and later became mainstream. Bikram yoga offers students 90-minute sessions, rooms set to 105 degrees and 40% humidity, and a set sequence of 26 postures and 2 breathing (or pranayama) exercises.

A lot of studios are quick to say the cleansed feeling comes from sweat and detoxifying. One thing’s for sure: hot yoga will leave you absolutely drenched. But even though small amounts of chemicals (like BPA and phthalates) have been found in sweat, the amount of toxins you get rid of through your pores isn’t fully established yet. There’s no guarantee just how much hot yoga is helping your body eliminate these substances.

But whether you believe the detox claims or not, there is evidence Bikram yoga has a positive effect on glucose tolerance and your need to count sheep. In a 2012 study, consistent Bikram yoga practice reduced time spent trying to fall back asleep after nighttime wakings. Hot yoga also improved glucose tolerance in obese older adults (but not those with a normal BMI).

Benefits aside, hot yoga raises some major question marks, especially in traditional classes at 105 degrees Fahrenheit. You’ll commonly hear that anyone with heart problems, high blood pressure, or lymph node removal should skip hot yoga altogether. And that’s all true. But there are more instances where hot yoga just isn’t a good idea and can be (or become) unsafe.

Some resources say to avoid hot yoga during the first trimester of pregnancy. In my opinion, women should hold off on hot yoga during their entire pregnancy, if pregnancy is even a possibility, and also postpartum. A safer option would be to opt for modifications during a hatha yoga class, or, even better, pop into a prenatal class. Many prenatal classes include or focus on core and pelvic stability, which can be a big help during labor and delivery. The main reason to say no to hot yoga during pregnancy, though, is that it can be bad for both you and your baby. Here’s how:

Think along the same lines as hot tubs. Intense outside heat sources raise body temperature and can increase risk for fetal neural tube defects. Doing yoga in a highly heated environment causes core body temperature to climb throughout class—sometimes up to four degrees higher than a person’s normal temperature range.

The sex hormone progesterone is high during pregnancy, and that’s necessary for staying pregnant. However, progesterone can lower blood pressure in many women. Low blood pressure, or hypotension, may lead to dizziness, lightheadedness, and even passing out. This is especially true when coming out of postures where the head is below the heart and pelvis for a period of time, like downward dog (adho mukha svanasana) and forward fold (uttanasana).

Higher levels of estrogen in pregnancy are behind morning sickness. Environmental changes, like the level of heat in hot yoga, can exacerbate nausea.

The effects of relaxin

The hormone relaxin is at play in pregnancy and even during our menstrual cycles. In the luteal phase of a woman’s cycle (post-ovulation), relaxin increases to prepare for the possibility of pregnancy. If conception doesn’t occur, relaxin drops.

But, in pregnancy, relaxin levels are high early on and again around the due date. This ensures ligaments and muscles are relaxed enough to accommodate a growing baby and also for childbirth. While progesterone levels return to normal quickly after childbirth, relaxin levels stay elevated longer. Looser muscles and ligaments can create a feeling of hyper-flexibility and lead to over-stretching in any yoga class. In hot yoga, this feeling is intensified due to the heated room, increasing the risk for injury.

Relaxin can also make the arches of the feet “fall.” (Ever hear women complain about going up a shoe size?) The thing is: flatter feet are a challenge in yoga, pregnant or not. Extra care is needed to protect the ankle joint and minimize overpronation. Sometimes, pregnant women haven’t gotten used to the quickly changing dynamics of their arches or center of gravity (growing belly). When combined with increased lightheadedness and nausea from the heat, it’s easy to become off-kilter and fall. For safety, even pregnant women taking gentle yoga classes should set up near the wall for extra support and balance.

Over the years, several of my students have credited their consistent hatha yoga practice with fewer hot flashes. And there’s some scientific evidence to support that. But should you try hot yoga in perimenopause and menopause? You’ll find plenty of advice online that says it’s fine in both. And, for some women, it is. However, anyone with hot flashes may want to check out cooler classes. The heated room raises body temperature by several degrees, which can not only trigger a hot flash but also make it harder to cool down from one.

We hear so much about the negative effects of high cortisol, but low cortisol can be a major issue, too. Some symptoms of low cortisol are weakness, dizziness, and nausea, all of which can be made worse in intense heat.

One of cortisol’s jobs is to get glucose into cells for readily available energy, which is important during a workout. Especially one where your body’s glycogen stores get depleted. Low cortisol means there’s not as much energy available to your cells for use. You may feel fatigue, and, because low cortisol can reduce blood pressure, you may also find yourself dizzy and unstable during inversions. I’ll personally attest that it’s hard to safely keep going in class when you’re feeling affected by low cortisol levels. And post-workout recovery? That can be even more of a challenge.

If you Google hypothyroidism and hot yoga, results pop up saying it has the power to boost thyroid function. Some studies on Bikram yoga have shown consistent practitioners benefit from reduced cortisol. Lowering chronically high cortisol levels can help thyroid function. Here’s how:

However, here’s the thing: it’s likely the breathing exercises in Bikram yoga played an important role in these studies and contributed to lower cortisol levels. Studies of hatha yoga reveal the same phenomenon. Focused breathing should be an integral part of all yoga classes, and a heated room isn’t needed to reap its many benefits. While some hatha yoga postures may help stimulate the thyroid gland, neither in teaching, training, or personal practice have I come to view hot yoga as a good idea for thyroid issues.

In fact, many of us with Hashimoto’s thyroiditis and hypothyroidism have a hard time with hot yoga. Among the reasons not to try to make it through a class? Hypothyroidism can lower blood pressure and change how much you sweat. It may be harder for your body to cool itself down. Because hot yoga raises core body temperature, this can potentially lead to symptoms of heat exhaustion.

If you’re still interested in hot yoga, speak with a healthcare professional and make sure you get an all-clear first. Also, look for classes with a certified, experienced yoga instructor and let him or her know if you’re dealing with a condition. And always remember one of the cardinal rules of yoga: honor yourself, observe how you’re feeling, and take a child’s pose or leave and seek help if your body doesn’t feel quite right. 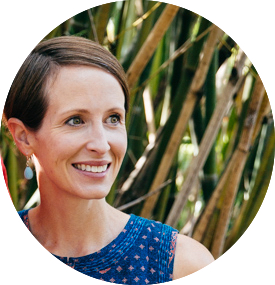 Cindy Hodits, RYT
Cindy Hodits, RYT-200, completed her training at The Lotus Pond Center for Yoga and Health in 2012 and is a registered yoga teacher through Yoga Alliance. She has taught a variety of classes, from gentle to power to hot, and also holds additional certification in restorative yoga.

hot yogahot yoga and hormones
Thanks for subscribing!